Several Louisiana Tech vocal students competed in the 2021 Southern National Association of the Teachers of Singing (NATS) Conference, and three placed in their categories. 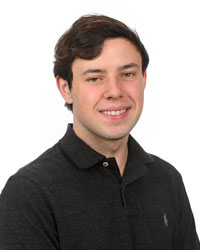 “NATS is a professional organization for singing teachers, the largest association of its kind in the world,” said Tech’s Dr. WeiShu Tsai, who teaches Applied Voice, Class Voice, Italian/German/French Diction, Vocal Pedagogy, and Opera Workshop, and also serves as the Voice Area Coordinator in the School of Music.

As most everything else has been during the pandemic, the musical road to winning presented first-time challenges.

There are 14 national regions in the U.S. and Canada for NATS; Tech is registered in the Louisiana District under the Southern Region with Arkansas and Mississippi. Before the pandemic, competitors would travel to the university hosting the conference and sing live before a panel of judges. Due to virus restrictions, the event was virtual this year; the University of Louisiana at Monroe served as “host.”

“We video-recorded and uploaded onto YouTube and allowed the judges to have the links to give grades and comments,” said Tech’s Dr. MJ Meg Tsai, who teaches Music Appreciation, Opera Workshop, and Applied Voice Lessons; she is also an Adjunct Instructor in the School of Music. 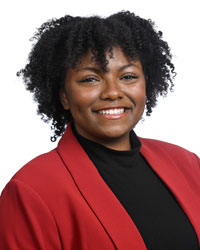 Conferences and master classes were held over Zoom by the Chapter Organization. “We may have two or three rounds to have the Final,” Meg Tsai said.

The students and teachers spent months picking out songs, mastering performances, and adding other special details.

“After the repertoire list has been decided, singers need a lot of practice and come in for our individual coaching sessions,” Meg Tsai said. “Meanwhile, we need to do some research for the songs we sing” concerning the lyricist, the composer, the story of the song, and how to best present in character.

For most of the performers, it had been months since they’d last performed for an audience or competed. “I was most excited to be back on stage,” Maxie said, “even if there were only four people in the audience.”

Others performers were in the wings, managing nerves and fighting butterflies. 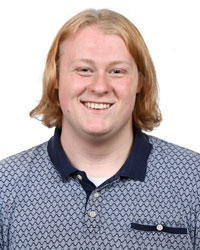 “I don’t think, in the moment, I really grasped how important and big the competition actually was and how many people I was competing against,” Moore said. “Entering a singing competition and placing third was not even in the realm of possibility, but it was an extremely encouraging and gratifying feeling.”

Moving forward, each performer and teacher has different goals they hope to accomplish with their voices and skills.

“My plan is to keep getting better and working harder to maybe get up to first place since I know how much it will take to get there,” said Zizzi, who recently auditioned for the National NATS competition and is excited to see how far he can make it into that competition.

One shared goal by each performer is continuing forward and growing from their mistakes: keep applying the tips, tricks, and lessons.