An article on the literacy of Medieval and Early Modern youth by Dr. Celia Lewis, the Charlyne Smith Wyche Endowed Professor of English and a composition coordinator at Louisiana Tech University, has been published in Children’s Literature, the Modern Language Association’s journal published annually by Johns Hopkins University Press. 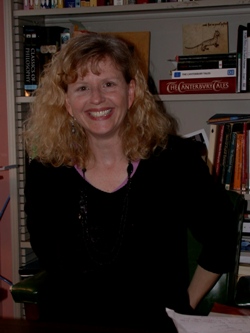 Children’s Literature, recognized internationally as the pre-eminent publication in the field, highlights Lewis’ cross-disciplinary study which engages the work of Medieval scholars, children’s literature specialists, and feminist theory.  The Bibliothèque Nationale de France in Paris, where Lewis had the opportunity to do research last summer, has released previously unpublished photos of two fifteenth-century manuscripts to appear alongside the article. “Until about 1500, books were a costly luxury few people could afford,” said Lewis.  “Their high price along with steep child mortality rates and limited opportunities for education has led many modern scholars to believe that literacy among Medieval children was especially rare. The few books made available to young people tended to be instructional and morally simplistic.” According to Lewis, this was not, however, the case with a 14th century narrative titled, Mélusine.  “Mélusine is exceptional,” Lewis said.  “Even though the story supports conventional aristocratic and patriarchal values, it offers a radical critique of male dominance.  That fact, combined with physical evidence that the work was made available to children in the 15th century, is remarkable.  The existence of these young readers is literally written into the margins of the 500 year old books.” Lewis research interests include Medieval frame tales, Chaucer, Medieval women’s literature, Arthurian literature, composition pedagogy, and children’s literature.  She received her Ph.D. from Baylor University.