Gamers Unite: Game Jam to be hosted at Louisiana Tech

Gamers and game designers, Louisiana Tech University faculty member Jerry Berg has the event for you this Friday night. Berg, an associate professor of design and interactive design, will host the first Louisiana Tech Game Jam at the School of Design. Anyone interested in designing games, anyone who is a programmer, artist, designer or simply interested in video games is welcome to attend. 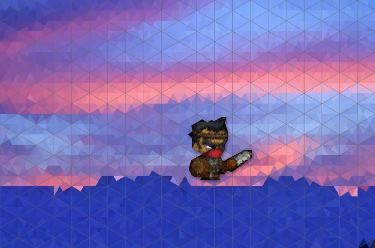 “A Game Jam is an opportunity from seasoned game developers, newcomers or even anyone wanting to break into game design,” Berg said. “It is where great ideas come from! It also gives developers and designers a chance to hone their skills as well as push themselves and try new things. You also have the learning experience of working in a team throughout the process.” Berg said the theme of the event will be announced Friday, and teams will need to create a game based on that theme using whatever tools, software and game-making software teams are comfortable with. Participants will need to bring their own supplies, such as a computer, paper, writing utensils and such. Berg suggested that participants come in teams of two – a programmer and a designer – but individuals can come and be paired up at the event. Berg, who is will help those involved and who is also participating in the Game Jam himself, said the event is open to students and members of the community. The event will begin at 4 p.m. Friday, Feb. 19 in the School of Design art building, located at 1 Mayfield Avenue, and it will end at 4 p.m. Sunday, Feb. 21. “I will create teams of designers and programmers from those that show up who aren’t already set with a teammate,” Berg said. “On Sunday around 3 p.m., I will have the teams wrap up their games and then I’ll have each team present their game and then everyone will have the opportunity to play each other’s games. It’s a lot of fun.” Door prizes from Game X Change will be offered as well. For those interested in the event, more details can be found at https://www.facebook.com/events/1723127061252808/. Written by Judith Roberts – jroberts@latech.edu