“Fact-checking the 2016 Presidential Election” will be the topic when journalist Angie Drobnic Holan addresses Louisiana Tech University students, faculty, staff and members of the general public at 10:00 a.m. April 26 in Wyly Tower Auditorium. 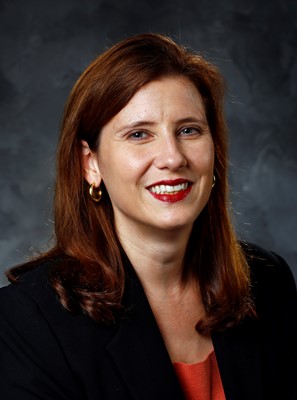 The event is free and open to the public. A writer for the Tampa Bay Times, Holan is also editor of “PolitiFact,” a web site devoted to evaluating the accuracy of political statements.  She was a member of the “PolitiFact” team that won the Pulitzer Prize for its coverage of the 2008 presidential election.  Prior to joining the Times, Holan was employed at newspapers in Alabama, Florida, Louisiana and New Mexico. According to Holan, in 2016 fact checking “has become a major part of how the media cover the presidential race, including the candidacies of Donald Trump, Hillary Clinton, Ted Cruz, and Bernie Sanders.”  In her presentation, she plans to discuss fact checking the presidential contest, including how fact checkers do their jobs and the reaction of voters to their findings. A native of Patterson, Louisiana, Holan graduated from the Louisiana School for Math, Science and the Arts in Natchitoches.  She received her bachelor’s degree from the University of Texas at Austin and holds master’s degrees in journalism from Columbia University and library science from the University of South Florida. “Fact-checking the 2016 Presidential Election” is sponsored by the Louisiana Tech departments of history and communication and media studies, the Waggonner Center for Civic Engagement and Public Policy, and the Louisiana Tech chapters of the American Association of University Women and Phi Alpha Theta History Honor Society. Written by Judith Roberts – jroberts@latech.edu