Louisiana Tech University associate professor of history V. Elaine Thompson was elected the organization’s vice president at the Louisiana Historical Association’s (LHA) annual meeting held recently in New Orleans. Under the LHA charter, after one year of service the vice president assumes the office of president. 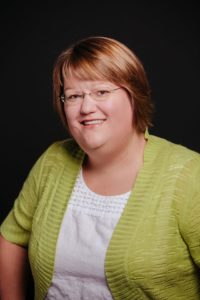 A member of the Louisiana Tech faculty since 2004, Thompson holds a bachelor’s degree in history from Centenary College and received her master’s and doctorate at Rice University.  A specialist in Southern history and public history, she is the author of the book Clinton, Louisiana: Society, Politics, and Race Relations in a Nineteenth-Century Southern Small Town, which appeared in 2014. Founded in 1889 and reorganized in 1958, the LHA is the largest and most active organization dedicated to promoting research and teaching in history at the state level. In addition to its annual meetings, which feature paper presentations by both professional and independent scholars, the organization sponsors other historical programming, including prizes for outstanding research and service and workshops for teachers.  The LHA also publishes Louisiana History, the state’s scholarly historical quarterly. Previous leadership positions held by Thompson in the LHA include service on the Board of Directors, the Executive Committee, the Publications Committee, and the Phi Alpha Theta Committee.  Since 2012 she has also served as a member of the National Advisory Committee of Phi Alpha Theta History Honor Society.