Louisiana Tech University’s International Affairs Lecture Series comes to an end on May 8, with a lecture by Dr. Ahmad Nazir Atassi, assistant professor of history, titled, “Making a Place for West Asia in the 21st Century: A Global Perspective on the Syrian Crisis.” 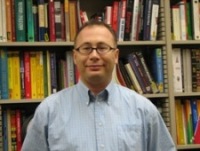 Atassi will speak at 4 p.m. in room 105 of George T. Madison Hall on the Louisiana Tech campus.  The event is free and open to the public.

“This is the final of three lectures in this year’s series, each placing a different perspective on the question ‘Will the 21st Century be the Asian Century?’” said Andrew C. McKevitt, series organizer and an assistant professor of history at Tech.  “The answer to this question will have serious implications for the United States in the decades to come.”

Earlier lectures focused on Japan and China, two important Asian powers with whom the United States has significant trade connections and other international ties.

In the closing lecture, Atassi will challenge audience members to think of the “Asian Century” in a different way, especially in terms of the countries of central and western Asia, the Muslim world, and connections to the Middle East.

A specialist in Middle East history, Atassi has taught at Louisiana Tech since 2007.  He received his Ph.D. in history at the University of California at Santa Barbara and he is the author of several publications in English and Arabic on a wide range of topics in the field of Middle Eastern studies.