Poet, professor to read works during visit to Louisiana Tech

Cleopatra Mathis, poet and professor of creative writing at Dartmouth College, will read and speak about her poetry at 5:30 p.m. October 23 in room 105 of George T. Madison Hall on the campus of Louisiana Tech University. 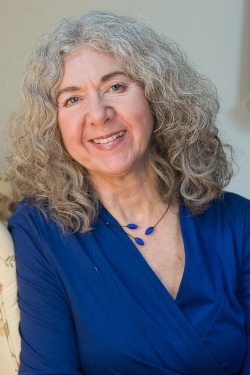 Mathis, a Ruston native, will speak to Louisiana Tech’s Sigma Tau Delta English honorary society, Poetry Society, and English majors at 4:30 p.m. and will hold a book signing session immediately following her public presentation. Mathis’ visit is sponsored by the Louisiana Tech University Department of English with support from the George E. Pankey Eminent Scholar Chair in English. The reading is free and open to the public. “I am excited to have my schoolmate who is now an award-winning poet come back home to speak to our students who are interested in creative writing,” said Dr. Susan Roach, director of the School of Literature and Language at Louisiana Tech. Mathis, who served as director of creative writing at Dartmouth College from 1982 to 1997 and again from 2004 to 2009, has published seven collections of poetry including White Sea (2005) and Book of Dog (2013.) Her poems have appeared in anthologies, textbooks, magazines, and journals. Awards Mathis has earned include two National Endowment for the Arts fellowships, three Pushcart Prizes, a Guggenheim Fellowship, a fellowship from the Fine Arts Work Center in Provincetown, a Dora Maar Fellowship from the Houston Museum of Fine Arts, a Lavin Award from the Academy of American Poets and the 2001 Jane Kenyon Award for Poetry. Born and raised in Louisiana, Mathis received her Master of Fine Arts degree in writing from Columbia University in New York. She has taught creative writing and English since 1982 at Dartmouth College, where she currently serves as the Frederick Sessions Beebe ’35 Professor in the Art of Writing.