A little gray turned a little green for a few hours Monday. Louisiana Tech’s American Institute of Architecture Students participated in the worldwide Park(ing) Day, in which a local parking spot is turned into a temporary public park. The AIAS students chose an area near Tolliver Hall and placed sod and even a tree and a park bench for students to relax. “The student response has been great,” said Samantha Raburn, a graduate architecture student and president of AIAS. “We’ve had people who have sat here and done their homework and then grabbed a plate lunch.” Tech’s Park(ing) Day event was supposed to be held Friday, Sept. 20, but due to the rain, AIAS members decided to move the event to Monday, which Raburn said turned out better because of the milder weather. As AIAS members cooked hamburgers and hot dogs to raise money for the organization, other students enjoyed the cooler weather and sat on the grass, under the shade of the tree and on the park bench. 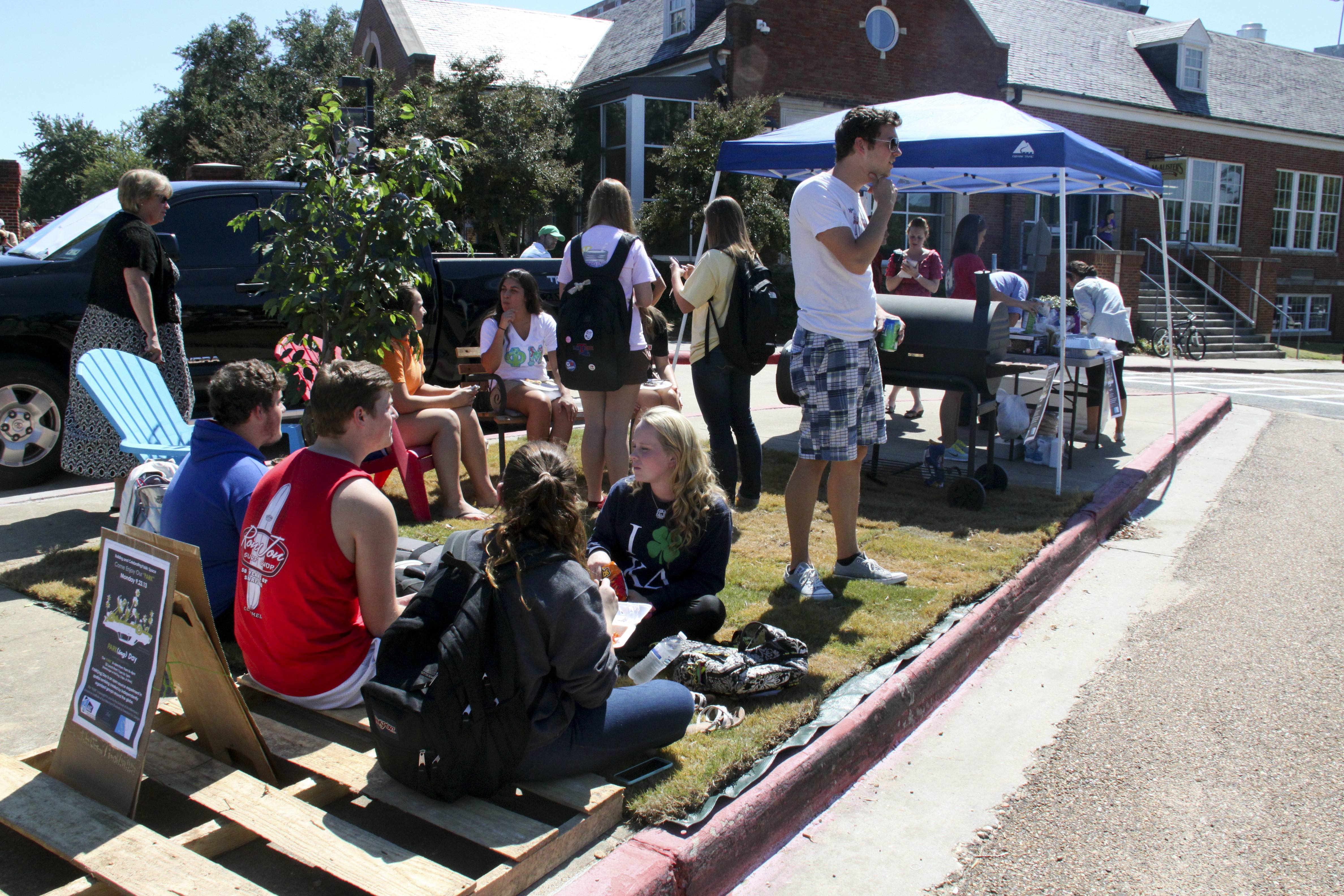 “This needs to be expanded,” said Alaina Gagnard, a freshman kinesiology major who attended Park(ing) Day. “I think (additional) green space would be a good thing, but Louisiana funds aren’t that much, and academics come first. But if we were offered, we should definitely take it.” Chris Marble, a project manager for AIAS and  graduate architecture student, said he hoped the event caught students’ attention about the need for green space. “We want to get the word out about sustainability and going green,” Marble said. “And we want to get people to come together and have a good time.” Raburn said this was the first time AIAS had participated in Park(ing) Day, but she hoped the organization would do it again. “This is an awareness event to promote green space,” she said. “At Tech, we’re lucky to have so much green space.”