Dr. Stephen Webre, Louisiana Tech University professor of history and interim associate dean of the College of Liberal Arts, was one of 33 scholars from four countries selected to present his research at an international conference in Mexico City last week. 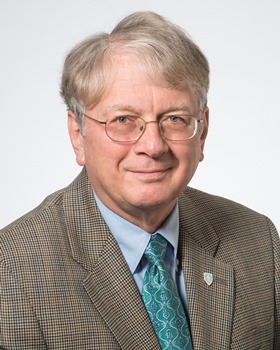 Sponsored by the Directorate of Historical Studies at Mexico’s National Institute of Anthropology and History, this year’s first international colloquium focused on the experience of Roman Catholic missionaries in the Maya region and adjoining territories. During the week-long colloquium, Webre presented his paper titled, “In the Wilderness of Words: Friar Antonio Margil de Jesús, the Franciscan Missions and the Call to War, Guatemala, 1684-1706,” which documented more than four decades of his missionary work from Costa Rica to Northwest Louisiana. “It was an excellent opportunity to meet scholars from outside the United States whose work is closely related to mine,” Webre said. “This conference gave me the chance to share findings with researchers in a number of fields, not only history, but also anthropology, archaeology, art and architectural history, and cultural resource preservation, all of which will benefit my students.” A specialist in Latin American history, Webre received his Ph.D. from Tulane University. He has authored three books and numerous articles in specialized scholarly journals and serves as a corresponding member of the Guatemalan Academy of Geography and History. He holds Tech’s Garnie W. McGinty Chair in History. Written by Judith Roberts – jroberts@latech.edu