Dr. Dolliann Margaret Hurtig, professor of French in the modern languages department in the School of Literature and Language at Louisiana Tech University, has been elected the new President of the CODOFIL Consortium. 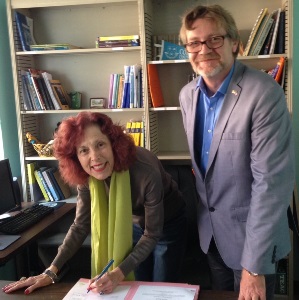 The Consortium of Louisiana Universities and Colleges is composed of one or more representatives from each college and university in the state of Louisiana. The Consortium meets twice a year with the leaders of CODOFIL, the Council of Development of French in Louisiana. CODOFIL and the CODOFIL Consortium work closely together to promote French in Louisiana. The purpose of the Consortium is to sponsor educational exchanges to French-speaking countries for university students. The Consortium promotes and encourages the study of the French language, of French and Francophone cultures and civilizations, of French linguistics and supports further avenues of study that includes French for Tourism, French for Business, French for Medicine, and French for Cinema. Written by Judith Roberts – jroberts@latech.edu