Dr. Dolliann Hurtig, professor in the School of Literature and Language at Louisiana Tech University, recently participated in the National Conference of French Professors and Teachers of the American Association of Teachers of French (AATF) in St. Louis, Missouri. 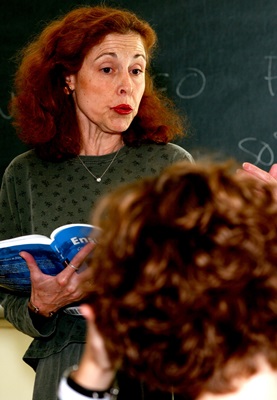 The annual meeting brings together members of the AATF, the largest association of French professors and teachers in the United States.  Hurtig, who serves as co-chair of the National Commission on Cinema, along with Joyce Beckwith, and co-chair of the Commission as well as president of the Palmes Académiques of the United States, presented discussion of two Francophone films. Hurtig presented Fatima, the film that won the Cannes Film Festival Award in 2016 for Best Film of the Year.  Beckwith presented the award -winning film, Le Grand Voyage.  The Commission Chairs prepared dossiers on each film for session participants. In a second session, the co-chairs led a discussion on how to sponsor a film festival on local campuses and the need to publish articles relating to film in the National Bulletin, a peer-reviewed publication of the AATF, and in other peer-reviewed journals.  The chairs encouraged members to participate in local, state, national and international conferences with presentations on timely films.  AATF participants shared how their courses on film successfully impacted their teaching at their universities.