Louisiana Tech University’s Lambda-Rho Chapter of the Phi Alpha Theta History Honor Society, has earned national honors as the Division IV Best Chapter for 2014 and as the recipient of this year’s Nels A. Cleven Award. 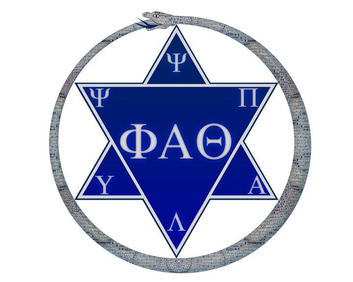 Chapters in Division IV are from colleges and universities with enrollments of between 10,000 and 15,000 students. Judging for the Best Chapter designation is based on documented chapter activities during the academic year. During the 2013-2014 school year, student members of Louisiana Tech’s Lambda-Rho Chapter organized public programs on history topics, held a used book sale, sponsored a joint research paper conference with history students at Grambling State University, presented papers at scholarly conferences and served as judges at social studies fairs in local schools. Dr. Graydon A. (Jack) Tunstall, national executive director of Phi Alpha Theta says the Nels A. Cleven Award is reserved for those chapters who have won the Best Chapter Award five or more times, thus exhibiting a unique level of excellence. “It is a separate and more demanding area for competition, and our most notable distinction considering the tremendous time and effort required to maintain a chapter of this caliber so consistently,” said Tunstall. Founded in 1921 and with more than 800 active chapters at colleges and universities in the United States, Phi Alpha Theta is the nation’s oldest and largest disciplinary honor society. Membership is open only to students with outstanding academic records, including a minimum number of hours earned in history courses. “The student leadership we see in Phi Alpha Theta is a great source of pride to Louisiana Tech,” said Dr. Jeffery R. Hankins, history department coordinator at Louisiana Tech. “This kind of leadership is a tradition at Tech. In fact, this is Lambda-Rho Chapter’s 29th Best Chapter Award and its 11th Nels A. Cleven recognition since the award was created in 2004.” “There’s more than just recognition involved,” explains Dr. V. Elaine Thompson, assistant professor of history and one of Lambda-Rho Chapter’s faculty advisors. “Winning chapters also receive $250 toward the purchase of books for their institutions’ libraries.” As a result of its success, the Lambda-Rho Chapter has purchased approximately $7,000 worth of books for Louisiana Tech’s Prescott Memorial Library. Senior History major Chance Nerren of Benton served as Lambda-Rho Chapter president during 2013-2014 with Thompson and Dr. Stephen Webre, McGinty Professor of History and interim associate dean for the Louisiana Tech’s College of Liberal Arts, served as faculty advisors.