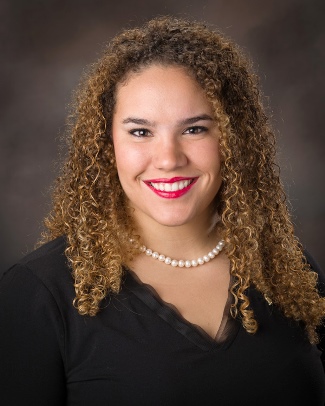 Hymel, who is from Kenner, Louisiana, earned the prestigious award which is presented each year to the author of the best research paper by a graduate student written on a Louisiana history topic.  The award is named after legendary Tulane University history professor Hugh F. Rankin (1913-1989). Titled “’Summer of Purpose’ Protests to the ‘Partial Birth’ Ban: Tracing the Shifting Tactics in Louisiana’s Abortion Wars, 1973-2001,” the winning paper is part of Hymel’s ongoing master’s thesis project.  While at the annual meeting held in Baton Rouge, she presented another paper from her thesis research on a panel devoted to women’s issues in recent Louisiana history. According to Dr. Jeffery Hankins, history department coordinator at Louisiana Tech, Hymel’s award is evidence of the quality of student research in Tech’s history graduate program. “It reflects not only the quality of students enrolled, but also the rigorous training our faculty provides,” Hankins said. “We are particularly proud of Caroline’s achievement because it’s the first Rankin award for a Louisiana Tech student since the competition began in 1991.” According to Hankins, previous winners have come not only from such major statewide centers as LSU and Tulane, but also from as far away as Harvard, the University of Michigan and the University of Paris in France. “It takes hard work and dedication to be competitive in that kind of field,” Hankins said. Louisiana Tech associate professor of history V. Elaine Thompson agreed with Hankins on the importance of Hymel’s LHA recognition. “We are so proud to call Caroline one of our own,” she said, remarking that winning papers are solicited for publication in the association’s quarterly journal, Louisiana History. Thompson, who herself received the Rankin Prize while a graduate student at Rice University, emphasized that Hymel is not only an accomplished scholar, but also a campus leader and an active member of Louisiana Tech’s multiple-award winning chapter of Phi Alpha Theta history honor society.  Phi Alpha Theta itself was well represented at Baton Rouge, where it conducted its own annual regional conference in conjunction with the LHA meeting. Presenting their own work on Phi Alpha Theta-sponsored panels were three other Louisiana Tech graduate students.  Kevin W. Adkins of Farmerville shared results of his continuing project on “The 31st Louisiana Infantry Regiment at Milliken’s Bend and Chickasaw Bayou during the American Civil War.” Also presenting was William A. Butterfield of Ruston who spoke on “The Myth of Popular Support for Secession in Louisiana.”  Finally, Matthew Franszczak of Slidell addressed the problem of “The Caddo Indians of Louisiana and the Treaty of 1835.” Written by Judith Roberts – jroberts@latech.edu