Dr. Philip Estes, an instructor of English in the School of Literature and Language at Louisiana Tech University, will read from his first full-length book of poems, “High Life” on Wednesday, May 4. 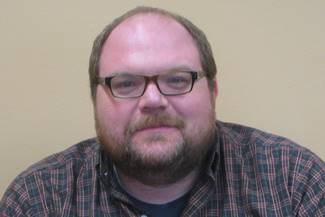 The free, public reading, followed by a book signing, is set for 5-6 p.m. in George T. Madison Hall Auditorium, Room 105, located on Railroad Avenue on the Louisiana Tech campus in Ruston. Estes, an Ohio native, who received his Ph. D. in poetry from Oklahoma State University, recently had invited readings in Tulsa at Living Arts, a community arts center, and in Kansas City, Missouri, at the Kansas City Art Institute.  He was also selected to participate in the New Orleans Poetry Festival in April.  His chapbooks are “Gem City/Fountain City,” “Children of Reagan” (both from Rabbit Catastrophe) and “Slowjams” (Living Arts). His work has appeared in “Action Yes,” “Diagram,” “Lungfull,” “West Wind Review,” “Willow Springs” and others. Poet and translator Johannes Goransson, an assistant professor of English at Notre Dame, said of “High Life”: “’’I am on dead songbird patrol…’  Phil Estes’s poems start out as slacker jokes but then they go wrong. Sometimes they go so wrong that they become frightening and politically charged or become beautiful meditations on art. Or do both at the same time. ‘Mmm-hmm’ has never sounded as prophetic and poetic as in these snippets from a scary-funny middle America. Let’s call him the Mallarme of the Strip Mall.” High Life is available through Horse Less Press : http://horselesspress.org/2016/02/19/arrived-estes-high-life-and-olszewskas-answering-machine/ and through Small Press Distribution: http://www.spdbooks.org/Producte/9780990813972/high-life-.aspx Written by Judith Roberts – jroberts@latech.edu