Legal scholar to speak on history of ‘religious liberty’

The international history of a contentious contemporary issue will be featured as the department of history at Louisiana Tech University continues its annual International Affairs Speaker Series at 6 p.m. Tuesday, May 10 at the Lincoln Parish Library. 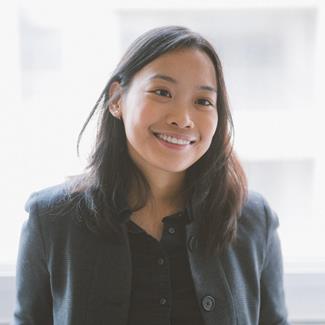 The visiting speaker will be Dr. Anna Su, an assistant professor on the faculty of law at the University of Toronto.  Su will speak about the subject of her recent book, “Exporting Liberty: Religious Freedom and American Power,” published earlier this year by Harvard University Press. The event is free and open to the public. Su’s talk will draw on her expertise in the legal history of religion and the international history of human rights law. Her book explains the various ways in which the United States has used the concept of “religious freedom” in foreign policy initiatives since the late 19th century. “With the recent political attention to the issue of ‘religious liberty,’ we’re thrilled to host a scholar who can bring a long-term historical and international perspective to this pressing contemporary problem,” said Dr. Andrew C. McKevitt, an assistant professor of history and coordinator of the International Affairs series. “Dr. Su’s work has received a lot of attention and praise among historians and legal scholars because of both its provocative analysis and its consideration of the influence of sincere religious belief.” Su holds A.B. and J.D. degrees from Ateneo de Manila University, one of the Philippines’ oldest and most prestigious universities.  She was awarded the Doctor of Juridical Science (S.J.D.) degree from Harvard University in 2013. Before taking up graduate study at Harvard, she worked as a law clerk to the Philippine Supreme Court and served as a consultant to the Philippine government in negotiations with the Moro Islamic Liberation Front, a secessionist political organization. Before arriving at the University of Toronto, she taught as a postdoctoral fellow at the SUNY Buffalo Law School. The International Affairs Speaker Series is sponsored by the Louisiana Tech department of history and the Lambda-Rho Chapter of the Phi Alpha Theta History Honor Society. Written by Judith Roberts – jroberts@latech.edu