Paul B. Crook, a professor in Louisiana Tech University’s department of theater, has published a new directing textbook, “The Art and Practice of Directing for Theatre.” 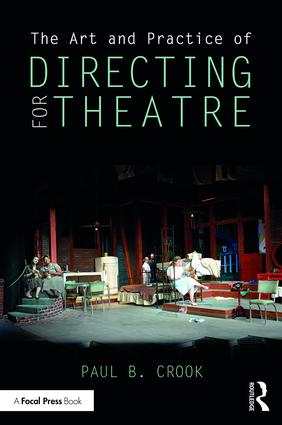 The text helps young directors learn how to discover, harness and meld the communication and vision of a production. Providing both a practical and theoretical foundation for directors, the book explores how to craft an artistic vision for a production and sparks inspiration in directors to put their learning into practice. The textbook was published by the Focal Press imprint of Routledge publishing and can be purchased from the Routledge site or from Amazon. Crook teaches undergraduate and graduate acting and direction courses and supervises all student directing projects. He also directs for the university theater and serves as a director of recruiting for the university theater. He has served as associate artistic director for the Oklahoma Shakespearean Festival, a summer rep theater in Durant, Oklahoma, and currently serves as the artistic director of The B & B Theatre, a company that he formed with his wife, Mary Fran, a theater professor at Grambling State University. Two of the plays Crook has written: “Brit Lit, OR All You Need to Know to Survive Senior English but Were Afraid to Ask” and “AMLIT!” were commissioned for production by Stage Centre, an educational touring theater company and toured across the state of Alabama. Two of his ten-minute plays: “Front Porch Requiem” and “LAVALOOOOO!!!” were selected for performance at the nationally known Kentuck Festival of the Arts Ten Minute Play Festival. Crook is also a member of the Southeastern Theatre Conference, where he is a past-chair of the College and University Division, the Leighton Ballew Scholarship Committee, the KEAP Award, the Publications Committee, and the Acting/Directing Committee. As part of his work for SETC, Crook writes occasionally for the “SETC News” and Southern Theatre magazine. He also is a past-chair for the state of Louisiana for the Kennedy Center/American College Theatre Festival, Region VI. Written by Judith Roberts – jroberts@latech.edu